While clearing up rubble I finally found something really old. Previously I'd found cigarette packets that seemed old but were probably post WW2, and the oldest newspaper was from the 1970s. This time it's a snippet of a newspaper. What delighted me was that it mentions one of my favourite gaming periods the Anglo-Zulu war 1879 - which I assume makes this paper contemporary. 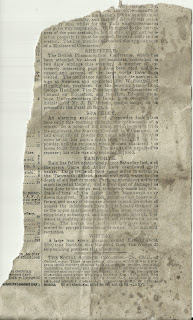 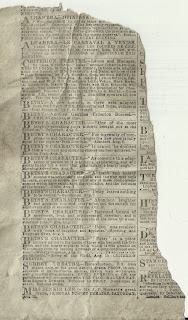 Is it a sign I should finally get around to painting my Zulus and British? or does the mention of the Afghan war and the fact the Perrys are going to bring out plastic British suitable for this period mean I need to branch out into a new period!
Posted by Grigork at 12:49 3 comments: