The best laid plans of mice and men. When I booked a place in May for myself and my mate to attend the weekend Ponyri campaign game as put on by the Battle Group rules chaps at Stafford Games venue it seemed so far off that I could move house and prep my German force I needed at leisure. Well the move was delayed, my troops were already packed (for the move not the campaign) and I couldn't find all the unpainted stuff I needed. The radio truck wasn't found till Wednesday night while desperately looking for the Battle Rating counters. The final flock went on Friday and the HS129 plane that I managed to spin around my drill bit while making a hole to fit the stand was fixed and packed to dry just before loading in to the car. Not the leisurely start and excited anticipation I was looking for, although I had fun playing about with force lists before the mad rush took over.

A very stressed wargamer turned up Saturday morning to a very friendly welcome from like minded gamers and I began to relax.

The campaign was set over 2 days, with 2 attack/defence games on Saturday and a meeting engagement Sunday. Both scenarios were slightly modified to get the action going quickly e.g. weather was fine and reinforcements came in earlier and more dice to bring them on quicker.

I didn't keep a detailed photo log of the games or notes but the following is what I remember:


I played a gentlemen called Chris who'd come up from Brighton with some other chaps. He confessed he wasn't experienced in the game which suited my frazzled state and rustiness from not having played for some time. So we took it slow and steady referring to the rule book a lot make sure we were getting it right.

The board was 6x4 with the base edge on the 4. Chris as Russian was defending the outskirts of Ponyri which were on the board and he placed his 6 defences he'd selected ( 2 trenches, 2 dug in T34s, dug in AT gun, and 1 command bunker) across the centre.

In addition Chris received one of the few SU152s randomly from the umpire. Germans could get a Tiger.

I out scouted him so scored the first blood by making him take a BR token. 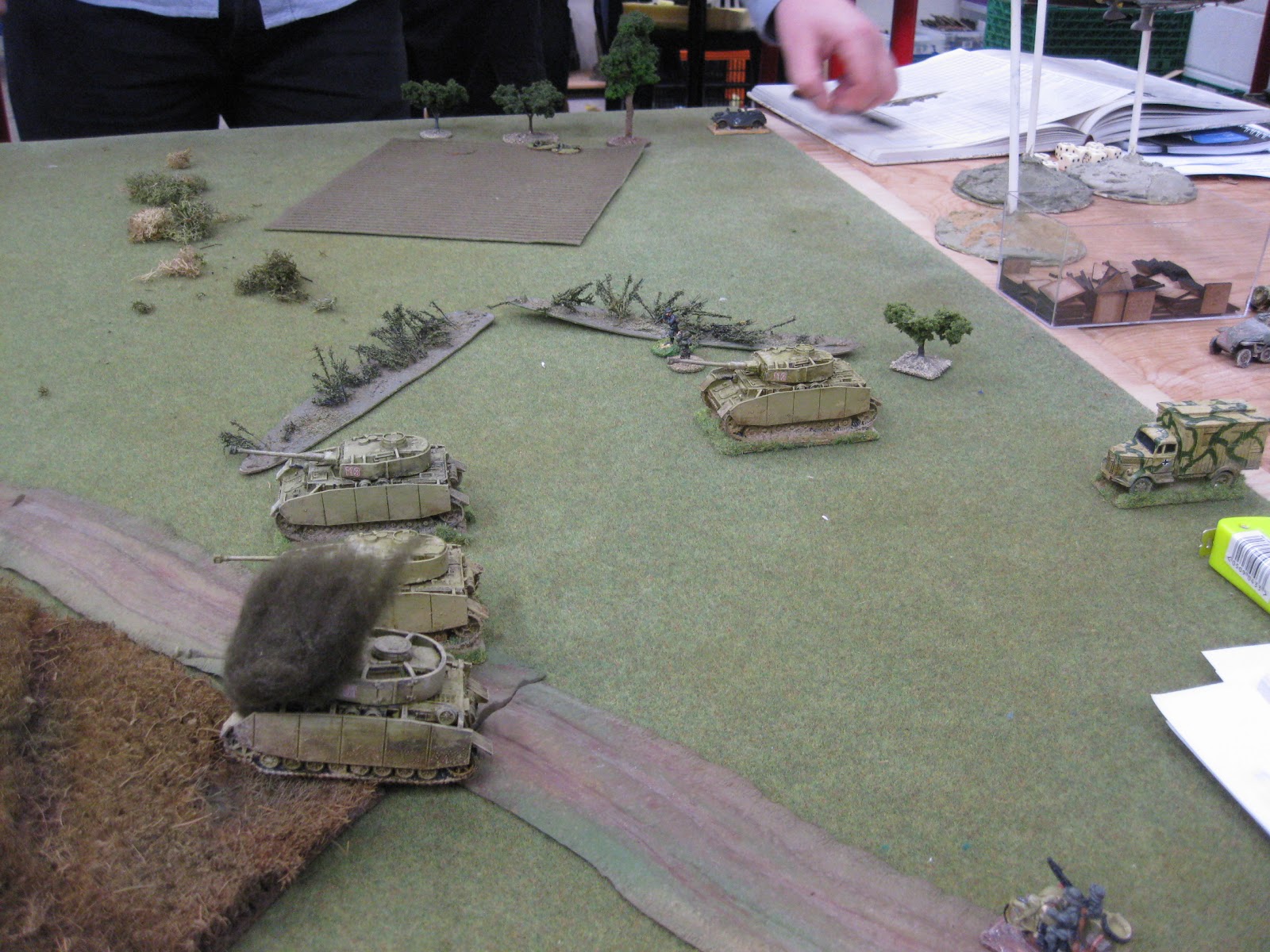 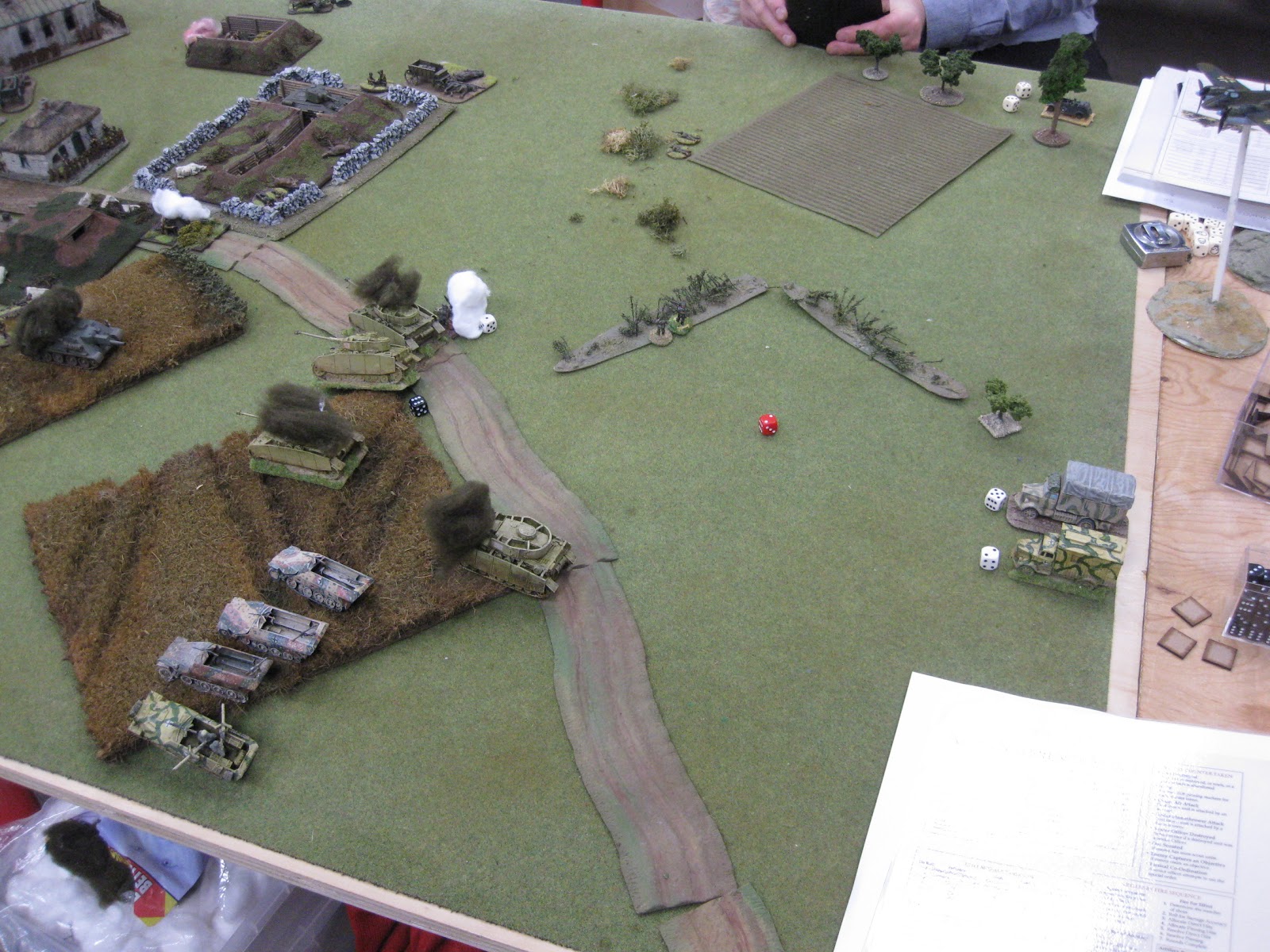 I went on to lose most of the half tracks and but I did take out more  Russian infantry and T34s but not enough. A solid victory for the Russians. Later games would show we made some errors in the rules and I should have taken BR tokens for the objectives Chris was holding and the motor cycle side car vehicle. This didn't change the result. I lost 2/3 pf my BR but enjoyed the game. 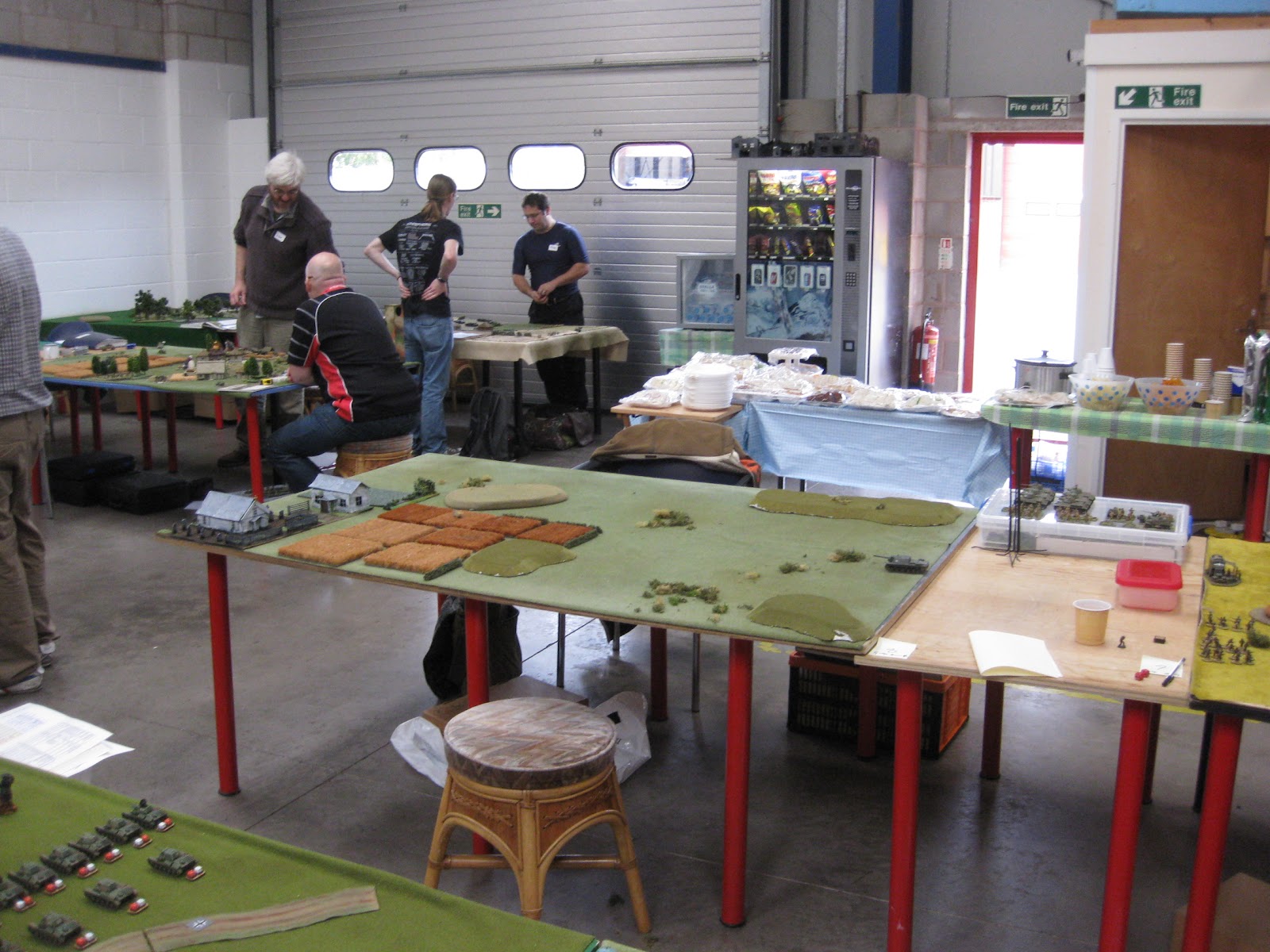 
My second game began after lunch, with myself urgently re-hydrating due a school boy error of wearing a jumper in a hall which then became very hot and not drinking any water. Luckily I had a comfy seat to wedge myself in to hide the shakes and an understanding opponent James. 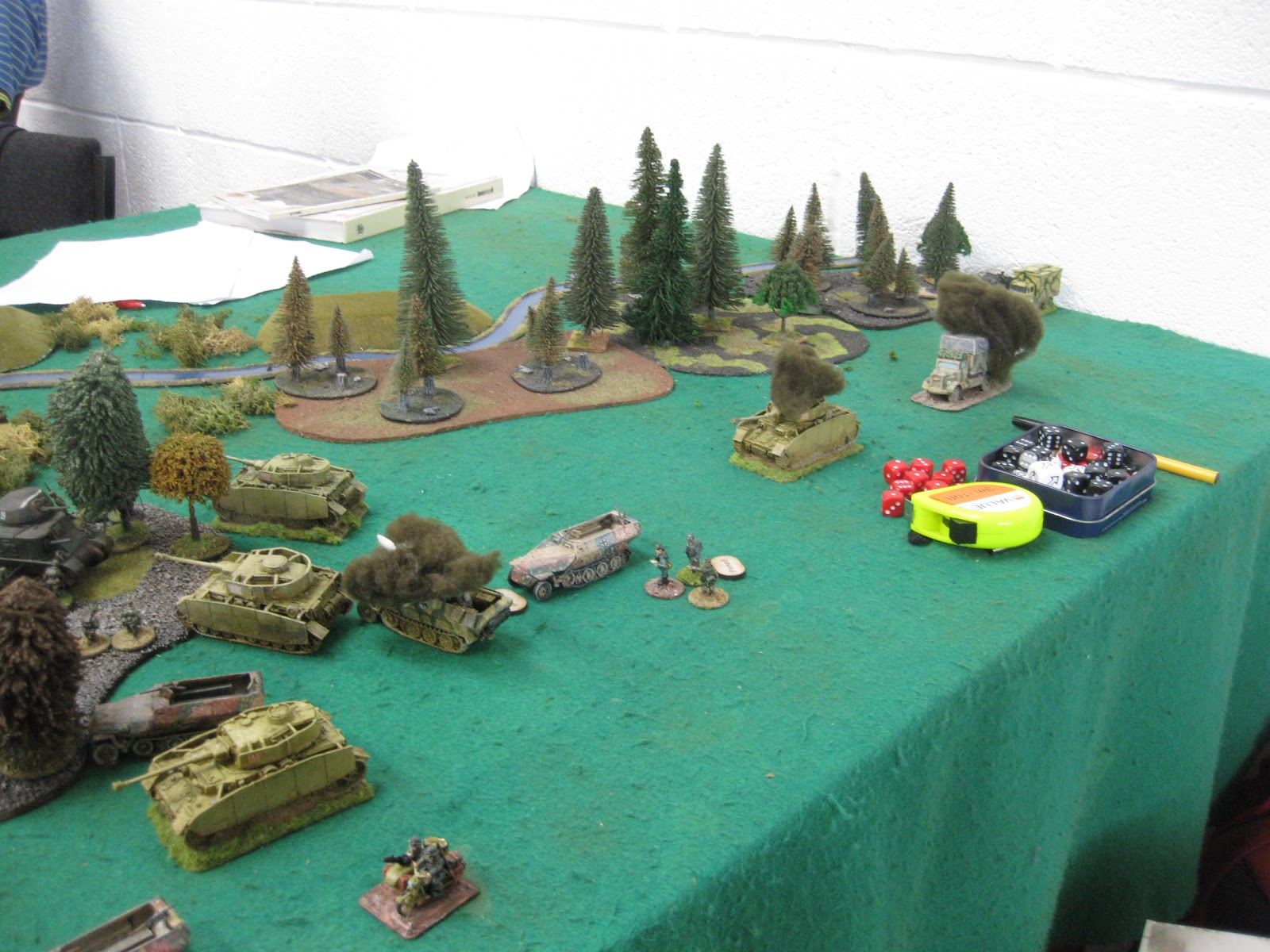 Despite another solid victory for the Russians I enjoyed the game, and it was fun to play against Grants.

Overall I enjoyed the first day. Met some great people and learnt a lot about tactic and the rules.

I have been very much enjoying the Black Powder American War of Independence supplement 'Rebellion!'. I think it the best one Warlord Games have produced so far for these rules. The book contains a good overview of the history and the main campaigns, plus includes a wealth of details on organisation and uniforms. In fact regardless of the scenarios and lists the book together with the rule book is almost a one stop shop to go out and buy, paint and play this great period.

I say great period, it was not until I read an article on the battle of Manhattan (my description rather than perhaps histories) then this supplement that I realised that it could be fun to play. I mean the chance to change history and keep America British and the potential for parliamentary change in the UK as a result.

I inherited the start of any army for both sides I'll dust them off and see what I need to finish them off.
Posted by Grigork at 17:45 No comments: