I put on an X Wing game for this month using Rebel, Scum and Imperial factions.

My scenario I came up with was Boba Fett delivering Han Solo to Jabba on Tatooine with the Rebels staging a rescue mission ordered by Princess Leia.

The table was 3x6 with Boba on the short edge, Rebels in the middle of the long edge with the Imperial planetary patrol opposite, and Jabba's escort for his new toy opposite Boba.

All armed with ion weapons to stop Slave 1 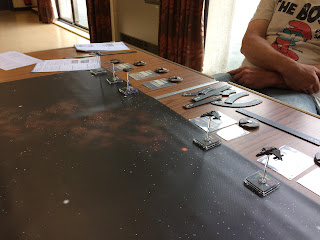 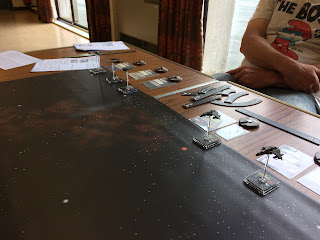 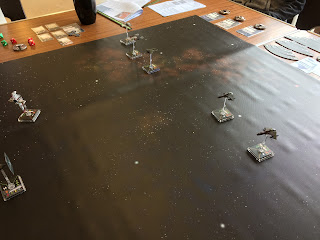 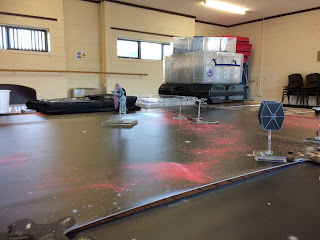 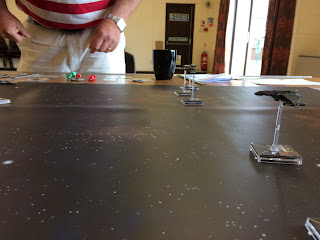 X wing always provides a fun game and this one was no exception. It's the first time the club chaps have had a chance multiple ships rather than having 1 ship a piece and there was good use of target lock which is often forgotten.
Posted by Grigork at 18:52 1 comment: