The first game of 2016 was January's Conwy Wargames Club meeting. Pete M had put together a scenario from the British Grenadier rules adapted for use with the Black Powder rules to refight the British main attack at the battle of Brandywine.

Background
General Howe's strategy for 1777 involved marching a large British and Hessian army across Pennsylvania to threaten the rebel capital of Philadelphia. He hoped this would force Washington to face him in battle. They met at Brandywine Creek with Washington in a defensive position.

Howe devised an ambitious plan. He divided his army, tasking General Knyphausen to take half the troops and towards Washington and pin him in place while Cornwallis and Howe marched the rest of the army to the rebel right flank to descend on their rear.

Washington was taken by surprise, but like New York managed to escape with his army.

Our battle recreates the scratch defence Washington put together to hold up the British flank attack.

Deployments
8x4ft board. Play was along the length of the board. A road ran length ways down the middle of the board representing the Dilworth to Sconneltown road.

The Americans 1/3 of the board which included a cross roads with building representing Birmingham Meeting House. The short length road ran down to the Brandywine Creek on the American left. To the left of the cross roads was a fence with could provide cover. 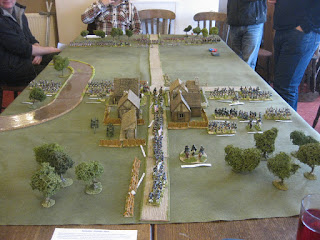 The creek was classed as fordable everywhere.

The British had 1 brigade deployed up to 1ft in and the remaining brigades coming on the board marching up the road.

All the Americans were deployed on the board in and to the sides of the Birmingham meeting house. 1 brigade was positioned marching up the road.

Objectives
British:
To drive the Americans from their positions, breaking as many units as possible and reaching their table edge.

The above 3 brigades were managed as a single brigade for moral purposes.

Alex and myself commanded the Americans. Alex controlled General De Borre and Colonel John Stone and I the others.

The British were commanded by Dave, with Pete N commanding the Grenadiers and Chris the Lights, and Dickey the Guards 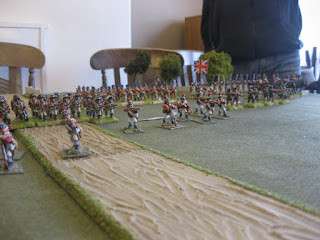 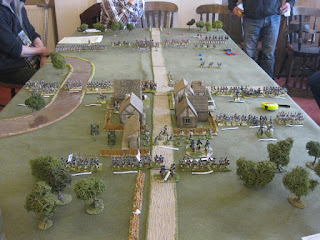 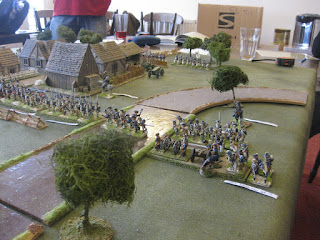 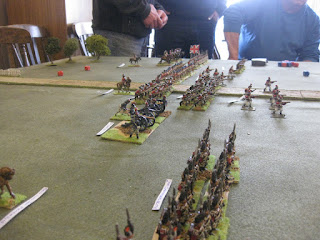 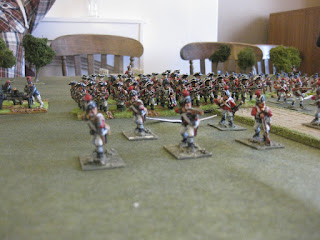 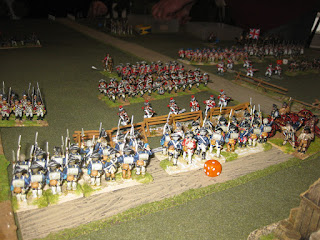 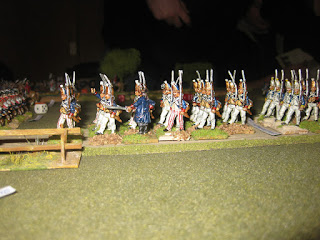 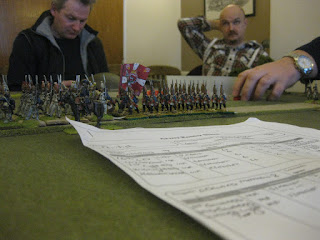 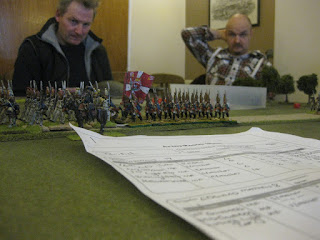 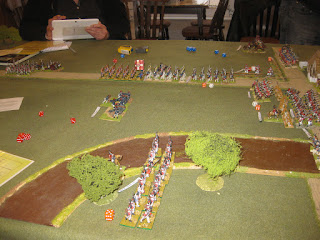 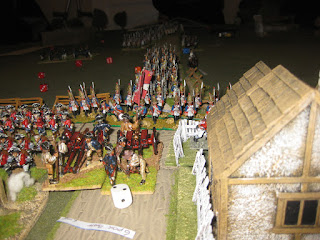 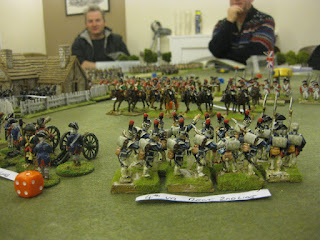 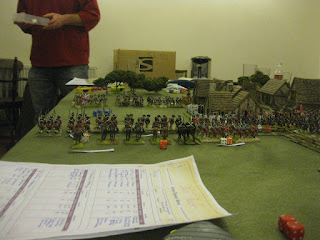 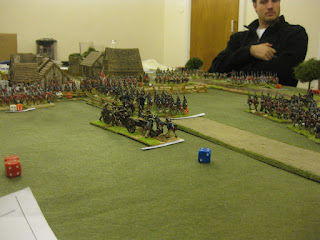