This is my 3rd refight on Caldbec hill, rather than Senlac hill. The terrain in my opinion fits the descriptions of the battle better from the books I've read. The 1st battle didn't come to a conclusion due to time. The 2nd battle resulted in a Norman defeat, but I realised that I had read the army lists wrongs and given the Anglo Saxons too many archers. So the opposite occurred to what I expected, with the Anglo Saxons wearing done the Normans before the assault went in. I'd also made the Flemish division too weak.
The 3rd battle was to be a solo game to keep my sanity during the COVID19 lock down. The forces were balanced and my earlier errors corrected,
The battle field:
Normans to the left and Anglo Saxons to the rights on the hill defending the London road. 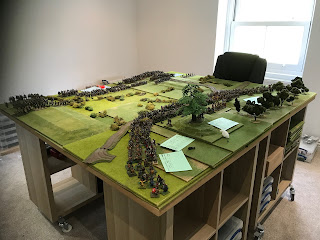 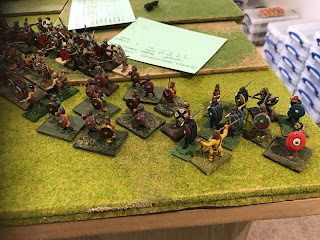 Gyrths' wing with Danish mercenaries in the second line on the right, supporting Gebir light infantry.
Gyrth and Leofwine's wings were made up of 1x Thegn, 3 x Ceorls, 1 x Gebir and 2 small javelin skirmishers. Harold was the same with the addition of Huscarls and a small unit of archers. The Thegns had the phalanx rule, and I used the rule to uplift a Ceorl unit to Thegn until shaken. 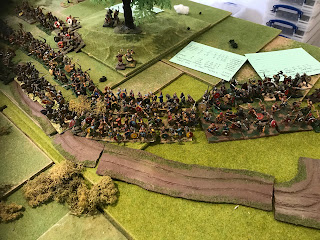 Harold's centre division, with himself under the hoar apple tree. 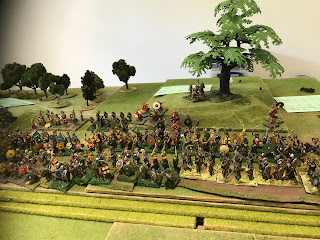 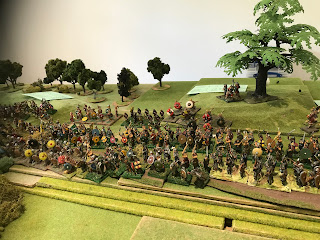 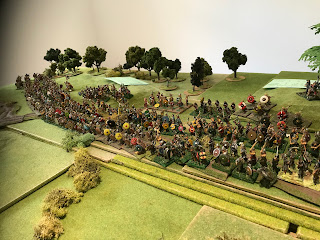 The Franco Flemish, made up of 2 x Heavy infantry, 2 x small Knights and 1 unit of archers. They are supported here by another unit of archers from Williams battle. 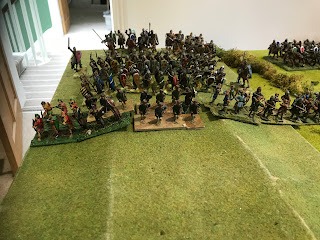 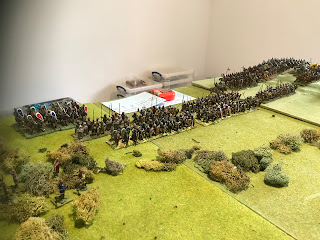 Another view of Leofwines' troops 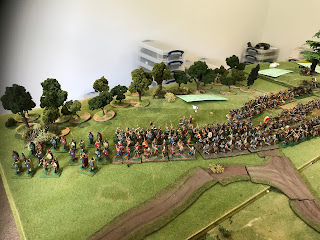 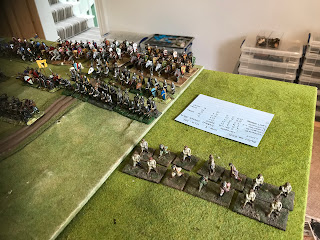 Bretons on the right and view down Williams' 3 lines. In front of the Bretons is a unit of medium archers from Williams' battle. 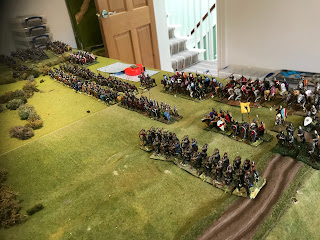 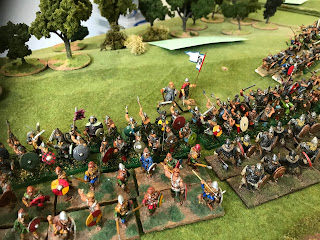 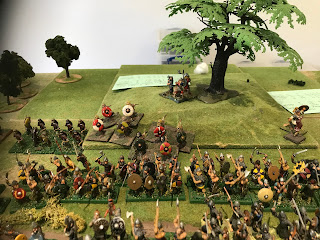 William and Odo
Gyrth above, and below Harold wins the initiative! 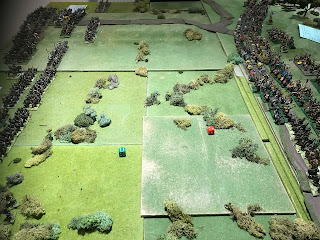