After 2 warm up games using the basic X wing set which is 1 X Wing against 2 TIE's we moved on to a more adventurous game using:

The boys played the Imperials taking 2 ships each.

I fielded 93 points for the rebels and the boys had 72 points between them.

The table was roughly 3ft by 5ft.

The Imperials zipped forward and the rebels discovered they'd mixed their manoeuvre dials up. Han turned the Millennium Falcon instead of going straight and Luke headed straight between the TIE bomber and TIE fighter rather than trying to isolate a fighter.

Han's flying brought him into range of the TIE bomber. The skill ratings of the pilots meant that the Imperials moved first with the youngest nephew's TIE fighter followed by eldest's then the youngests' TIE bomber then the eldests' Interceptor. On the Rebel side Han moved last. However when it came to combat the order was reversed with the most skilled going first. The Millennium Falcon opened up on the TIE bomber and caused 2 damage then took damage in return.

This turn began with a slight cat interruption. He'd heard I was throwing rubbish dice again and had come in to give moral support.

Once order was returned the Imperials moved to cover all rebel movement options. The rebels in turn split up to try and divide the attackers. This genius plan left the Millennium Falcon open to attacks from all Imperial fighters while Luke failed to get anyone in his firing arc.

Han fired first! But the TIE Bomber shrugs off his shots.

The Imperials focused on  the Falcon and guessed her movement correctly. Luke however over shot the action but took time to gain a target lock on the Academy pilot. Chewbacca frantically restored a shield to the Falcon.

With no time for the weapons engineer to gain target locks the Millennium Falcon opened fire on the TIE Bomber again destoying it's secondary weapon, but it survived to add it's primary weapon fire to the rest of the Imperial onslaught.

Luke finally gets in to the fight just in time to see Han and Chewie wink out in an explosion as the Falcon is battered by another all out attack. Luke's firing failed to take any TIE's out but Han finally destroyed the TIE Bomber but this didn't save the Falcon. Only the TIE Interceptor missed out in the glory overshooting the action but covering the Falcon's possible escape route.

Both sides engaged in fancy flying and ended up with no one in their arc's of fire.

The higher ranking Imperial officer gave poor orders to the less senior, but just as experienced counter part seeing the Academy pilot zip away from Luke. The higher ranking officer equally sent the TIE Interceptor on a goose chase while Luke zeroed in on the Obsidian pilot.

Flying straight at each other, Luke took damage but the Imperial's agility saved it from Luke's fire.

The TIE Interceptor returned to combat flying in to Luke's firing arc. The TIEs executed fancy manoeuvres which the Imperials hoped would pay dividends later. This is a nice way of saying Luke didn't go where they thought he would! 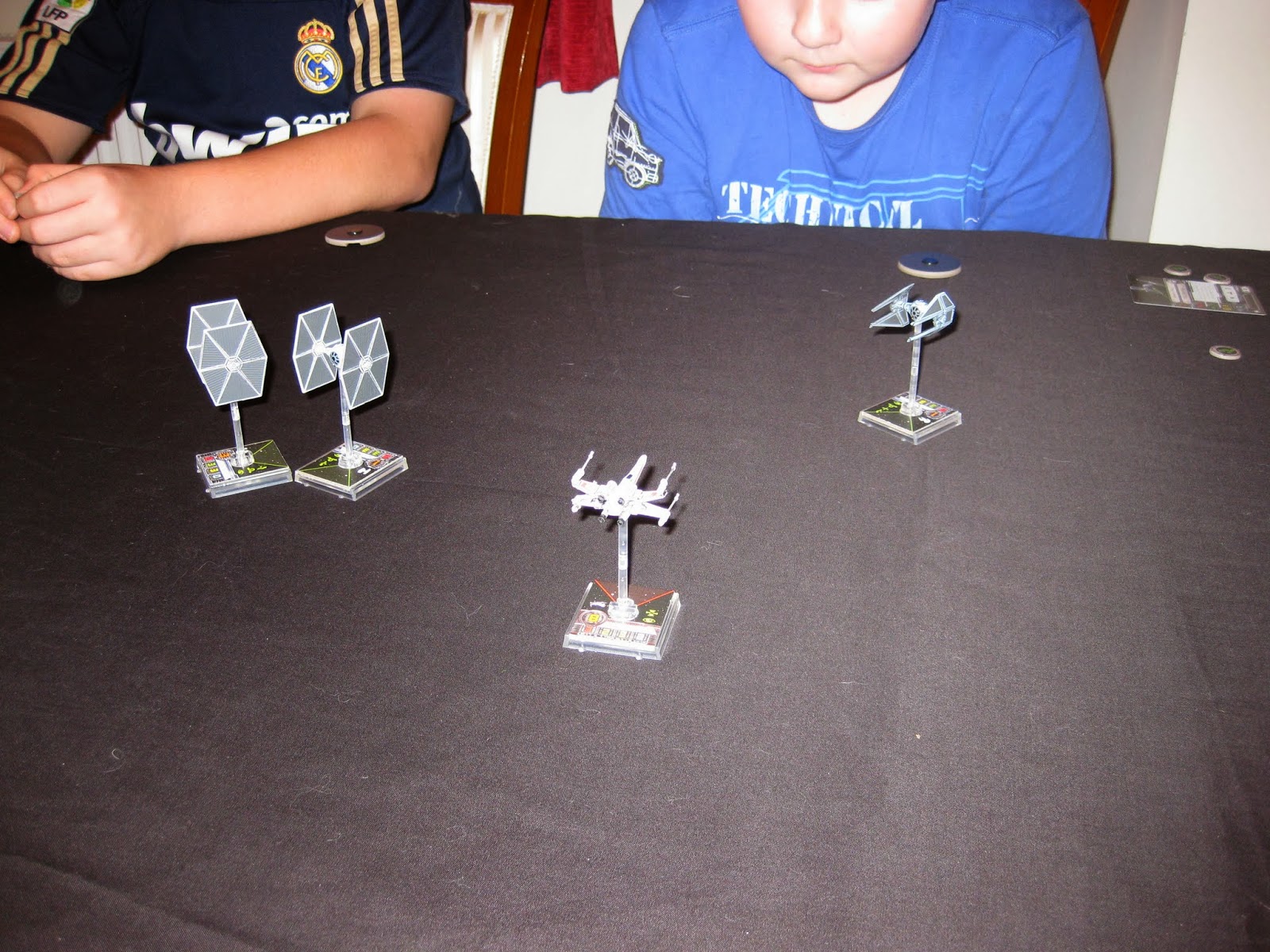 Luke fired first and vapourised the the TIE Interceptor. Just 2 TIE's to go, and R2D2 restored 1 shield, but couldn't do anything about the critical hit damage to Luke's flight control making all sharp turns a red manoeuvre.

The Imperials out foxed Luke who ended up in the Academy pilots' firing sights but he's saved by luck causing the youthful pilot to miss. 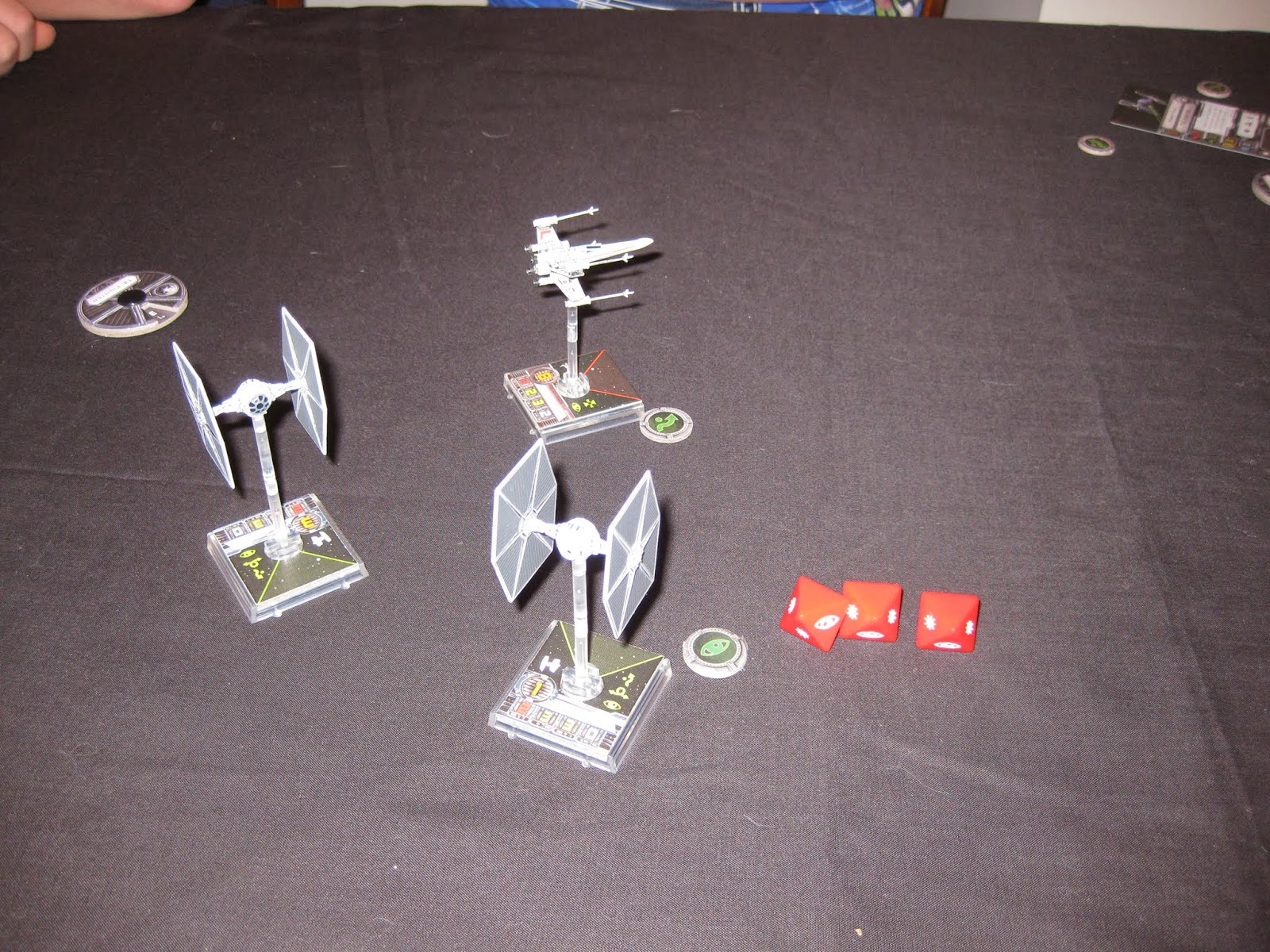 The Imperials are learning fast and out manoeuvre Luke guessing his intentions correctly staying out of his arc while the Obsidian pilot gets a shot. Luke used the force and the dice roll the right way allowing him to evade all hits!

Everyone guesses wrong and end up away from each other! 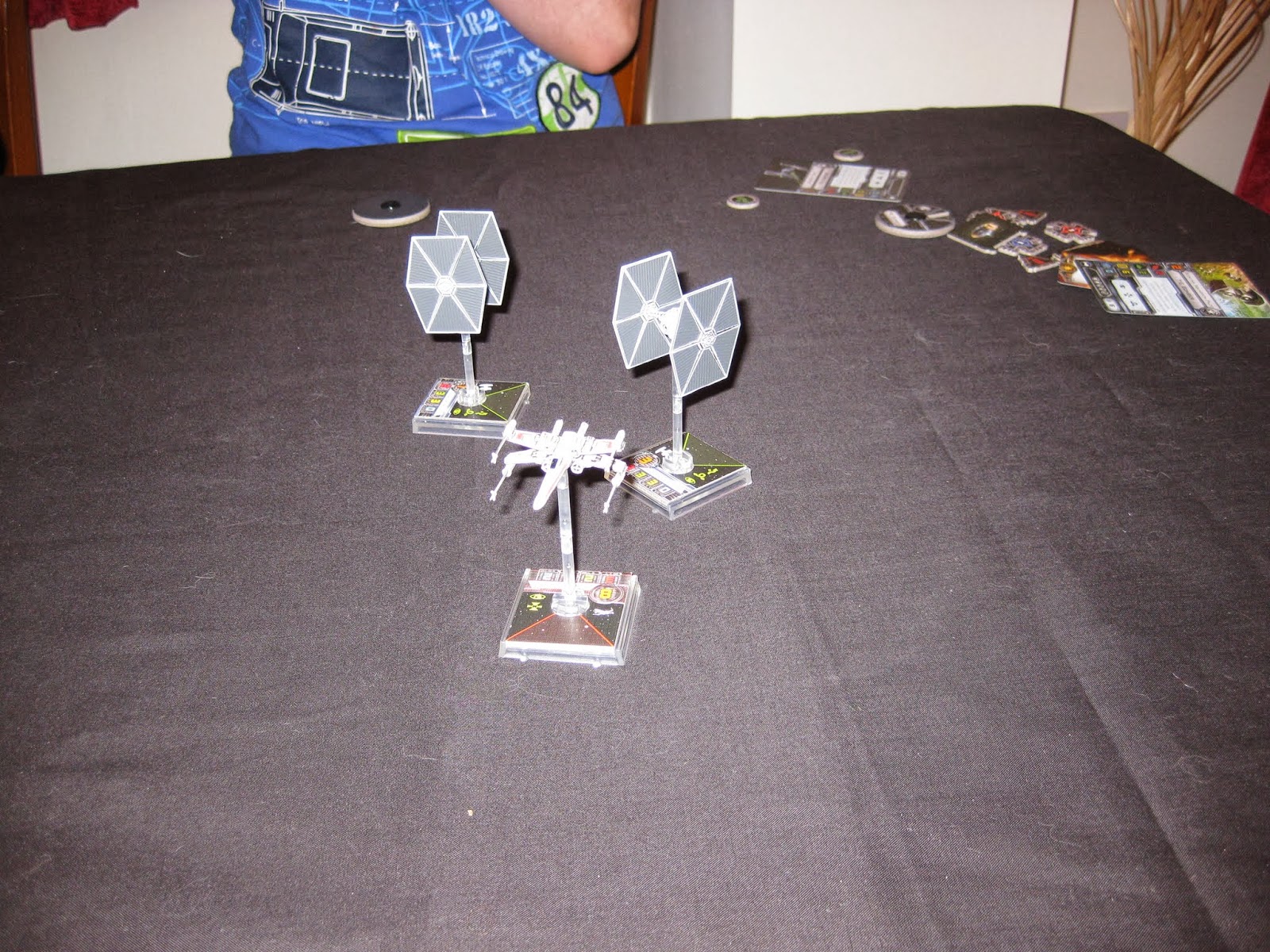 Unable to turn tightly meant Luke couldn't get back in to the fight quick enough. The surviving Imperials use their rolls to bring their weapons to bare. The Obsidian pilot left Luke with 1 hull damage left giving the kill to the Academy pilot.

Medals all round to the Imperials! 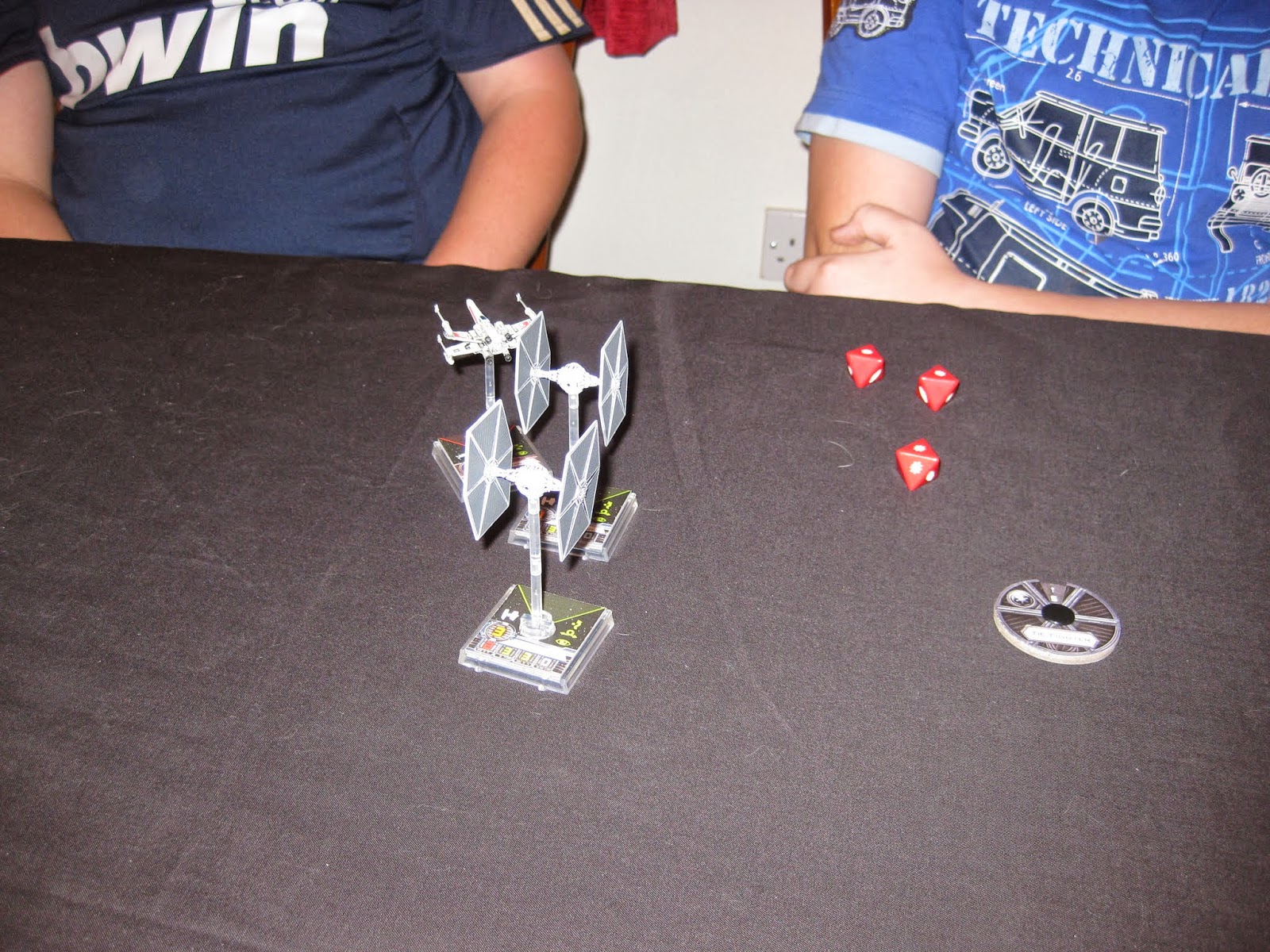 Don't split your forces! Focus on 1 target first.
Posted by Grigork at 16:13 3 comments: