I arranged to host a Battle Group game so that I could try out my force I was taking to the Battle Group Campaign weekend which was on the following weekend in October 2015. Dickie and Pete opted to command the Soviets and Gaz and myself took charge of the Germans. I was always going to be German as this the team I will be on for the campaign.

I forgot to take the brief with me that had been sent out for the campaign weekend which had amendments to the attack/counter attack scenario so I ran it just as it said in the rule book.

Situation Report
The Germans have broken through the main lines and lead by their reconnaissance forces are driving forward. The Soviet reserves now counter attack.


Deployment
Recon forces deploy anywhere on their side of the table apart from 10" from the middle. The middle being a line diagonal across the table in the book, but I made it a line long edge to long edge.

Objectives
The Germans placed 2 objectives on their base line. The Soviets placed theirs on a hill and woods which were level with each other either side of the road approx. 1 ft in from their table edge.

Special Rules
Dice for optional KV2, but we decided to play it anyway regardless of the score.
Turn 1 recon
Turn 2 D6 units

All regulars except the snipers

All inexperienced except the snipers. 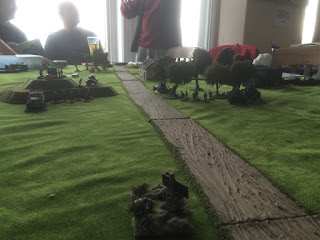 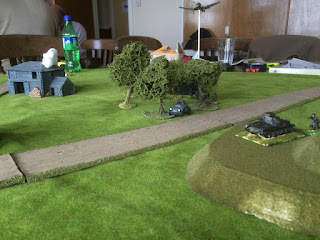 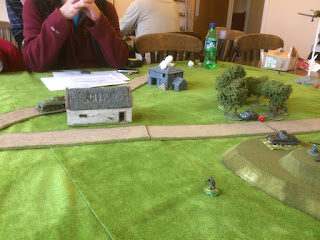 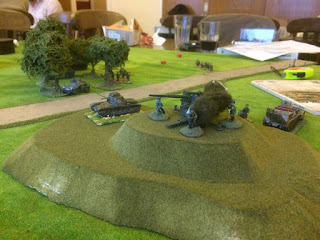 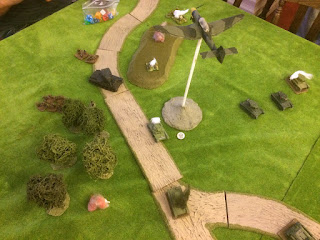