My megalomania is currently sated until the next releases. I now need to pick 300 points for the game on Sunday. 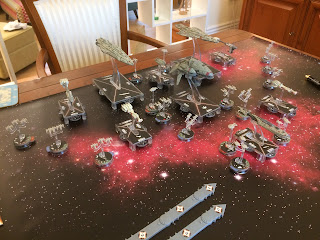 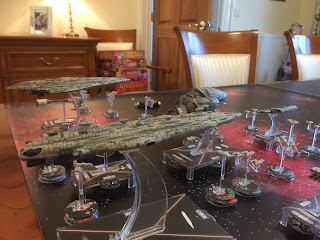 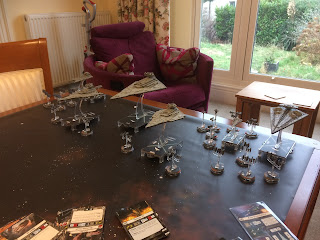 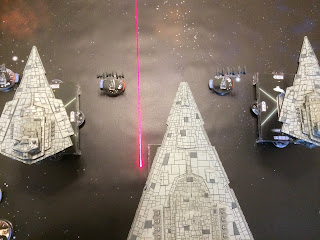 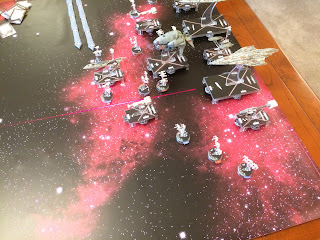 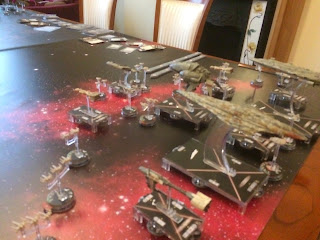 Day 2 of the campaign weekend in 2015 comprised 1 game with a different scenario. Here is the brief we'd all been given before the weekend:

SITUATION REPORT:
The German pincers are closing on Lokhvitsa itself, were they will link up and surround the troops holding Kiev. If they succeed, the defence of Kiev is doomed. The Russian have quickly dug-in in the area and must now make a last-ditch defence of the Lokhvitsa area.
Scenario Type: Attack-Defence
Scenario Size: 450pt Platoon game.
TERRAIN:
The terrain will be provided. You will be assigned a random table to play on. Please do not adjust the terrain.
VICTORY:
The side that loses all its BR is defeated, and his opponent wins. In the event that neither side has broken, the side that is closest to their break point has lost. Inform the referee of the size of the victory (see Briefing), Massacre, Solid, Marginal or draw.
MAP: See deployment map on page 174 of Battlegroup Kursk.
DEPLOYMENT SEQUENCE:
1. Place Objectives
Place two objectives. The Russian player places an objective anywhere in the frontline zone. The German player then places a second objective anywhere in the Russian player’s third of the table (beyond the frontline zone). The Russians cannot win an ‘all objectives secured’ victory, but the Germans can.
2. Place any Pre-Registered Target Points and Timed Barrages
Both sides should note down where their pre-registered target points are (if they have any). They should also note down the location and turn for any timed barrages or air strikes. Also, remember to chose ammo for your armoured vehicles.
3. Determine Initial Defenders
The Russian defenders must place all his Defences (those chosen from the Defences section of the army lists) in the frontline zone (the central third of the table). In addition to his defences he must also places 3D6 units, freely chosen from his battlegroup, in the frontline zone as his initial defenders. A D6 of these units may start the game on Ambush Fire.
4. Determine Initial Attackers
The German attackers must place all their Reconnaissance units (those chosen from the Reconnaissance section of the army lists) up to 10” from his board edge. In addition to his reconnaissance units, he must also place 2D6 other units, freely chosen from his battlegroup, up to 10” from his table edge.
5. Out Scouted
The side that is out scouted must take a counter.
6. Attacker’s Reinforcements
Any units not deployed at the start of the game are the attacker’s reinforcements. From the start of turn 2, 1D6 units arrive from the German player’s table edge. Roll at the start of each German turn until all his forces are on the table.
7. Defender’s Reinforcements
Any units not placed in the frontline zone are the defender’s reinforcements. From the start of turn 2, 2D6 units arrive from the Russian player’s table edge. Roll at the start of each Russian turn until all his forces are on the table.
8. First Turn
The Germans are attacking and get the first turn.
Notes:
The game is played along the length of a 6x4 table.
The weather is fine and sunny, so do not roll for weather, aircraft will be available all day as normal.
There is no free initial bombardment in this version of the scenario, only what the player has taken as part of his battle group.
The impartial referee(s) has the extra reserve forces. The Russian’s 3 KV tanks and the German’s 4 timed Stuka attacks will be assigned to tables randomly.

This game saw me playing against my old mate and long term gaming companion Guy. Since I'd moved to distant parts we hadn't gamed for a year so it was good to face each other again.

I really enjoyed the weekend. I loved seeing the different forces taken by everyone and coming across new tactics that I can use myself in the future. I'd definitely do it again time permitting which in 2016 and for the forth coming 2017 weekend it doesn't.
Posted by Grigork at 16:51 No comments:

2016 was a very busy year which impacted the hobby for me. No figures painted, terrain made or shows visited, or campaign weekends in 2016. I did manage 13 games, plus I kept up to date with all the Star Wars Armada and X Wing waves, and acquired all the latest 7TV, Battle Group, Hail Caesar and Black Powder publications. I even managed to buy some figures adding a brigade of French lancers to the plastic pile (courtesy of Warlord Games sending me vouchers) and 4 7TV starter casts from Crooked Dice whose 7TV Directors scheme I joined.

Places Visited
Very few this year and nothing military. I will work on putting this right this year

Games played - 11 (down 6)
I had 11 games with the Conwy Wargames Club. 1 solo game. All written and posted on the blog!


Non fiction are too numerous to mention but I was mainly reading these authors:


This after action report like the previous one see link below took place end Oct/Nov 2015 (my backlog of games to write up goes back even further than this and shockingly I started writing this post back in 2015). The games' scenario and specific rules are the same as game 1 see Lokhvitsa campaign day 1 game 1

For the afternoon game my opponent was Russ, fielding a Soviet force very much after my own heart. He took loads of artillery. In games with friends I'd been talked out of fielding this kind of force and I was about to find out why. It was classic shock and awe. 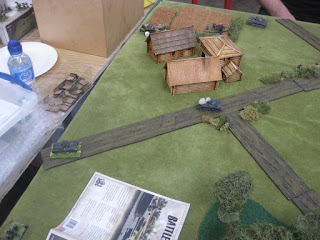 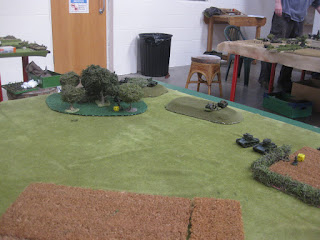 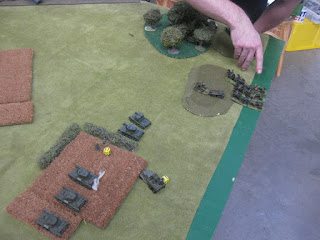 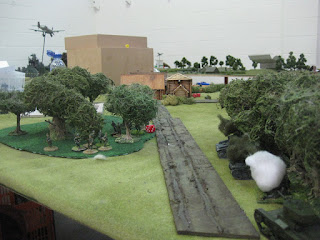