Dave hosted another Force on Force game set in our imagi-nation of Tangerine circa 2010.

Scenario
'Replace the bridge over the river Kiora'
The UN recognised government forces are sending out an armed force with a bridge layer to replace the destroyed bridge on a key trade route. This route is vital for keeping the official government controlled areas supplied.The popular 'rebel' government forces that control most of the country have set an ambush led by Mr Big.

Republic of Tangerine (ROT) militia (D6s)
6 hot spots
On board:
3 x 8 man squads including a LMG and 2 have an RPG
2 x pick ups with HMG
1 x pick with 106mm recoiless rifle

The Game
Dave umpired and Chris commanded the DAFT and myself and Ian commanded Mr Big ROTers. 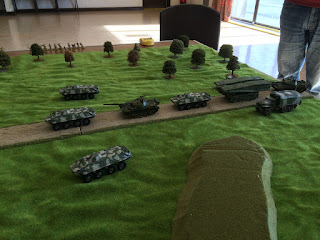 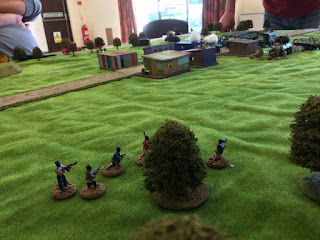 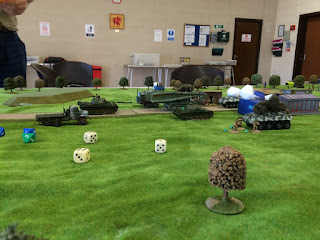 Great game. All of us had fun and it wasn't all one sided as my biased write up makes it seem. Dave felt we had too many vehicles to manage, and we all agreed the rules probably would not cope with a game larger than this.
Posted by Grigork at 14:35 2 comments: