First time I've put together my terrain from Battle Systems. It went together easily. It took me a couple of go's to get the fixings for the roofs to work successfully but got there in the end. The overall effect was great.

I wanted a high street with a bank for my 7TV game I was running using the Crime and Beat casts. 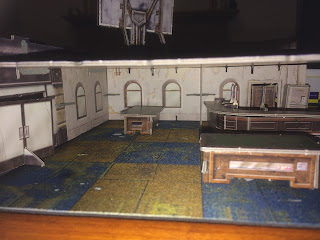 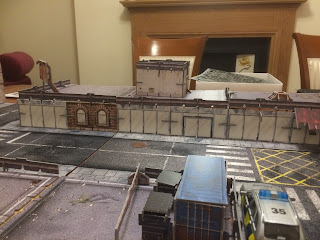 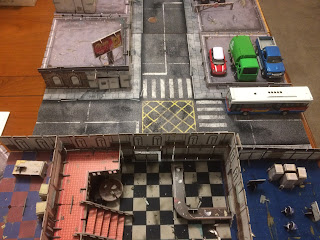 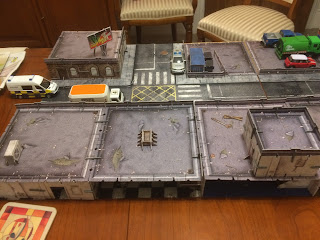 Dave hosted a WW2 air combat game using the Scramble rules. Set during the Battle of Britain it saw the Luftwaffe against the RAF.

Ian S commanded the RAF and Mel the Luftwaffe. 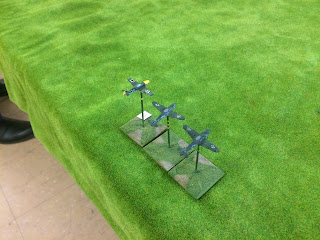 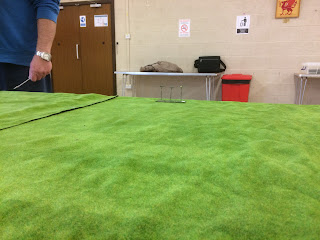 I was engrossed in running my Star Wars Armada game to keep track of this earthly historical action, but I do know the Luftwaffe won. Again. Dave assures me the repeated failure of the RAF in his games is not due to the scenario or the rules.
Posted by Grigork at 11:23 No comments: