Recovering from a great Christmas day with some painting and then writing up Friday's Christmas game casts and plots.

The sleigh pilot is painted and varnished. I just need to matte varnish him and finish the base which will get done tomorrow.

I've also finished the crash site. I decided not use modelling clay of liquid green stuff because I was concerned with drying times so I attempted to hide the joins but gave it a go using paint. 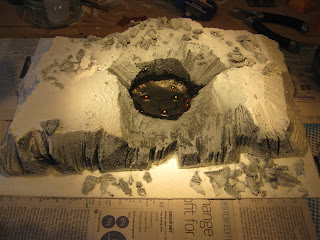 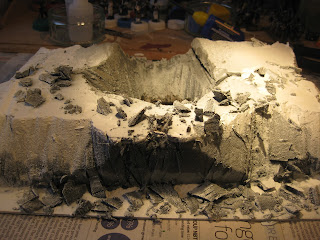 As we speak I'm writing up the casts and plots.