Mel put on an interesting 10mm dinosaur hunt game in May. One player controlled the carnivores and the other the herbivores. The aim of the game was simple avoid being eaten if you're a herbivore.

Everyone had fun with this quick game. To my shame I've forgotten the rules used, but I know Mel wants to add a points system to it so that it can work with multiple players rather than 2. The rules as it stand have the game end once a kill has been made.

The figures are from Magister Militum. 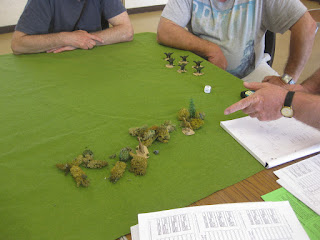 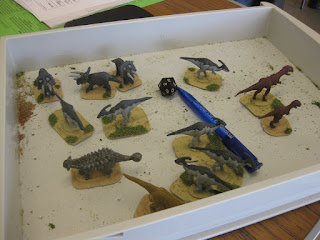 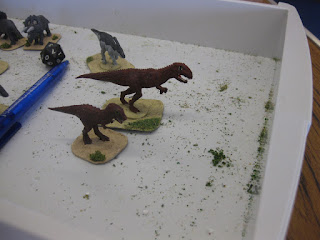 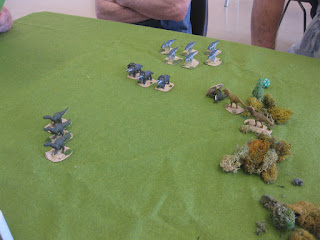