Chris hosted a Dust Warfare game with lots of amendments of his own making. The aim of the game was to try out the rules and see if they played well and provided proper fog of war experience.

The Germans are retreating and need to hold the junction to allow their forces to get away. They therefore lay an ambush to slow the Americans down for 6 turns. 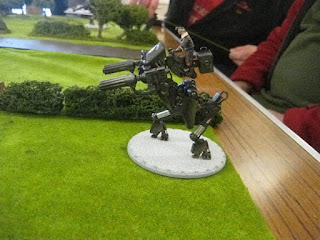 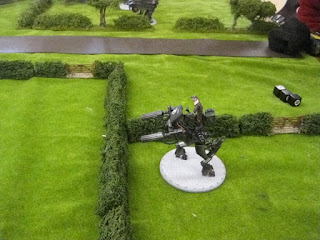 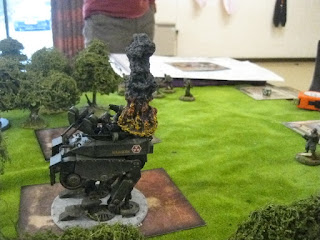 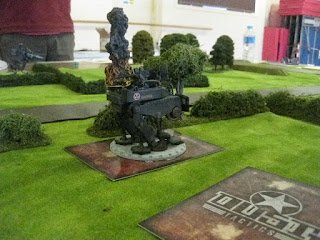 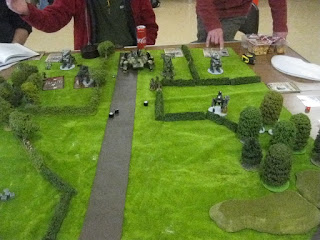 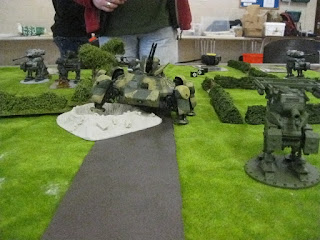 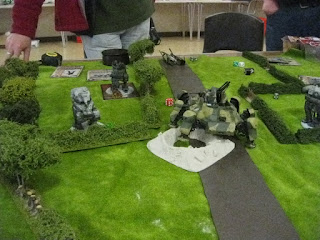 The game ended with the US advance stalled. Neither side knew what forces the other had so we weren't sure if there were more US units to arrive. We guest not as our opponents kept asking if we still had anything left  once the Tiger was destroyed by the 75mm.

Scenario wise the Germans had won even though we only had a 37mm left which couldn't hurt the US walkers, the observer team, the sniper and our heroine. The US had 2 walker tanks and 2 squads of infantry and the hero.

I enjoyed the game, especially the fog of war element. The rules were OK, and the models wonderful. I found them very similar to other WW2 rules so they were easy to pick up, and very brutal. The lack of rules for side and rear armour meant you weren't encouraged to manoeuvre to take out the enemy but Chris's scenario more than made up for this.

I'd definitely play this again.