On a hot summers day I popped over to my friends to give it a go. Neither of us had played it before so we kept things simple with 320 points or so infantry force each. We toyed with changing the ranges and movement to centimetres but decided against it as we wanted to move the game along and try out the different rule mechanisms.

I took a British mid/late war infantry platoon with a couple of sections, brens, a MMG and a 2" mortar. My mate took a similar German force.

3' x 3' board with a fordable stream and bridge with buildings on each side in the centre of the board. The British started from the right side in the picture below and the Germans on the left. 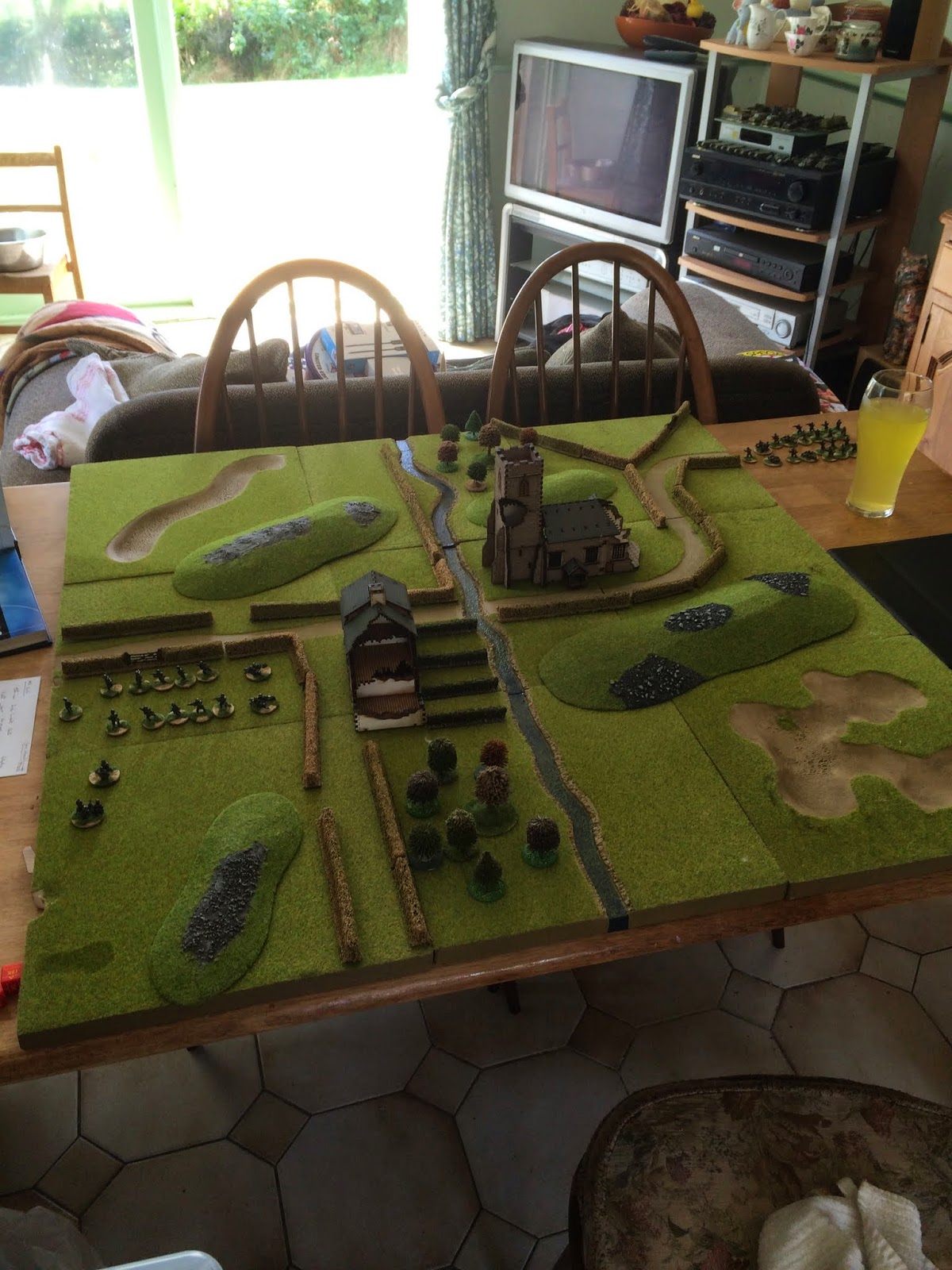 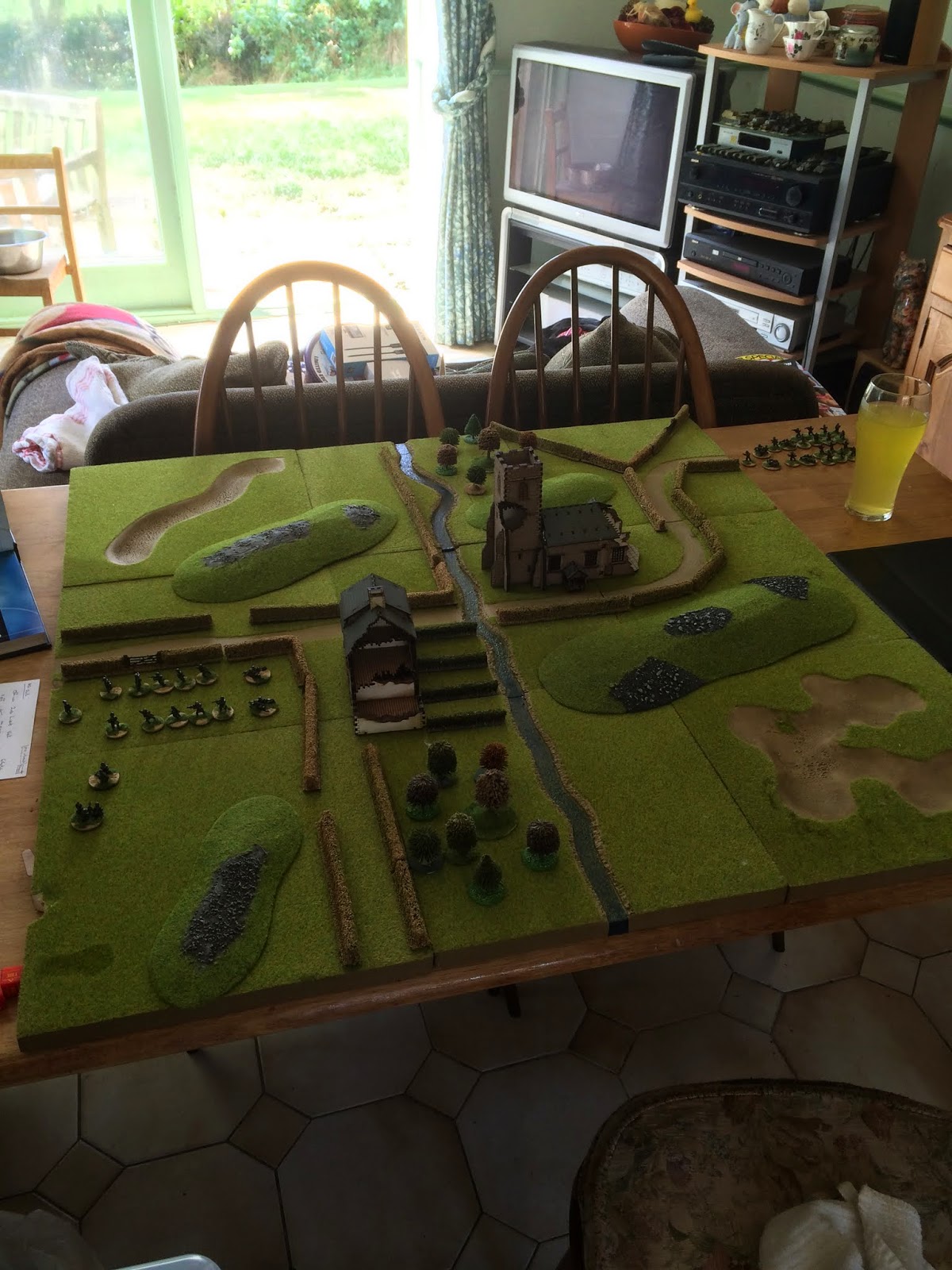 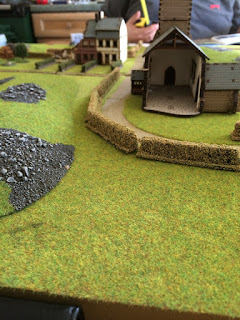 Due to a technically difficulty we used the same colour order dice for both sides but drew the moves using different coloured dice from a bag. As soon as I left for home the second bag of order dice was found, which is always the way.

My photo taking was erratic so I can't provide a blow by blow turn report. Since this was a try out we managed to cover the following rules (in my terms not necessarily as named in the rules): 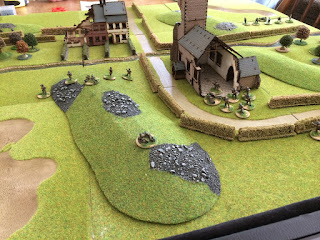 The end, as I had to go home. Not a conclusive battle but one where I think we covered the basics well. The only thing we didn't try was indirect fire.

Although a short game we both enjoyed it and the rules were very easy to pick up. Compared to other rules we've used gaming at platoon level such as Disposable Heroes and Battle Group we've yet to find the tactical nuance to the game. More play required.
Posted by Grigork at 17:53 7 comments:

I've just had my email from Wayland Games confirming my investment in Battle Systems Sci Fi scenery  is packed on its way. Can't wait to see it. I've loved the whole Kickstarter process and the quality communication  Battle Systems have provided on the long journey since November.
Posted by Grigork at 17:03 No comments: